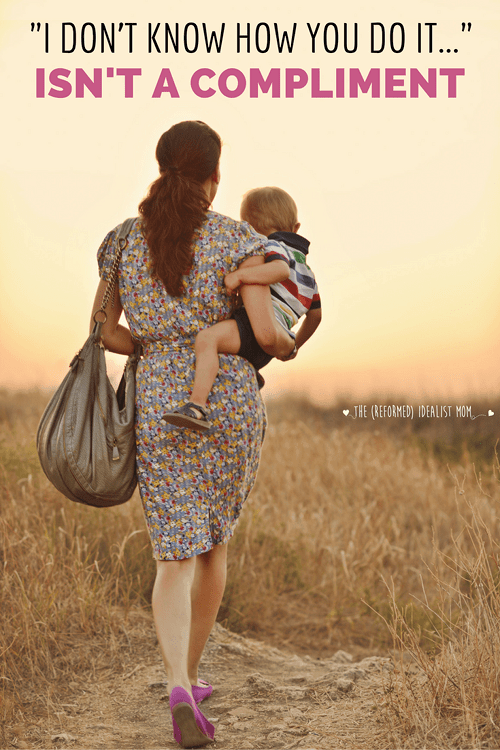 Inside: Women have this phrase they tend to say a lot. I’ve heard it come from a working mom to a stay-at-home mom, and vice versa. But we need to stop. Here’s why.

Women have this phrase they tend to say. A lot.

I’ve heard it come from a “working mom” to a “stay-at-home mom.” And vice versa.

Married moms say it to single moms. Or an older woman who’s done raising kids says it to a younger mom.

It’s just a thing you say. I’ve said it myself.

It’s even a movie. And a book.

But we need to stop.

Has anyone ever said it to you?

The person who said it is staring at you, waiting for you to say something back, but you can’t think of a thing to say because you just noticed that a rift the size of the Grand Canyon has opened up between the two of you.

On the opposite side is the mom who can’t understand how you make your family – your life – work.

On your side is you, probably staving off your kid’s temper tantrums by whispering a promise of an unsupervised hour with a book of matches when you get home. Trying to think of a reply, what immediately comes to mind is your morning:

You yelled at your kid because she was lollygagging instead of putting on her socks and shoes so you could get out the door, when you were already SO LATE. 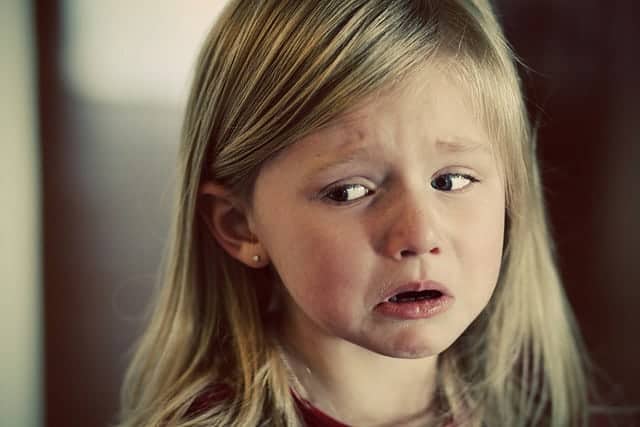 Your girl was deathly quiet during your tirade and then said in this tiny little voice, “I couldn’t find any socks” – and that’s when you remembered that last night you passed out on the couch in the middle of a Rules of Engagement rerun and woke up at 3:00 am during an infomercial for a pomegranate seeder.

Which means you didn’t do the laundry like you were planning to. And there were no clean socks.

There you stand, feeling like a schmuck – and also kind of alone because this other person now seems so far away. And you still haven’t said anything back.

We all find what works for us, and we do it. It may not be perfect, but we get it done. And if it’s not working, we change it. Even if it’s hard. Even if it breaks our hearts.

Every single one of us. 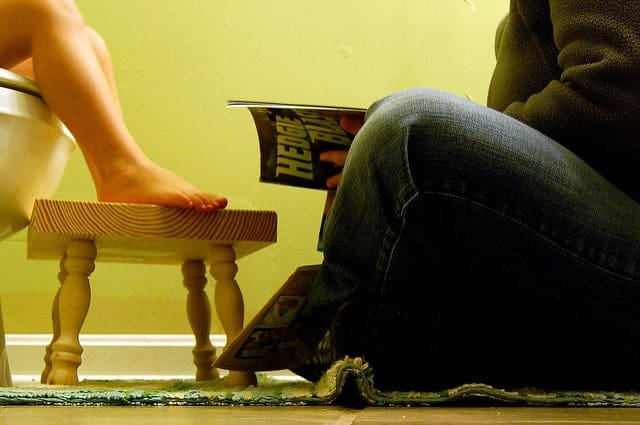 We’re playing “I Spy” in the car when we’d really rather crank some shameful Katy Perry song and sing along.

We’re looking at the baby monitor after an hour of bedtime struggles, seeing a cat about to lay on the baby’s head, sprinting up the flight of stairs, swooping in and grabbing the cat, and stopping in our tracks – squirming cat and all – when the sight of our sleeping baby takes our breath away. Still.

But saying “I don’t know how you do it” creates distance between us. Whether it’s followed by “I don’t think I could leave my kids with a stranger” or “I’d go crazy at home with my kids all day” or “Are all those kids YOURS?” or nothing at all, it doesn’t feel good on the receiving end.

What does feel good is when someone steps outside themselves and tunes in to what you are experiencing in your world.

So instead, let’s say this to each other:

Or: “Let me keep an eye on those rugrats so you can run to the grocery store in peace and grab a Snickers bar in the checkout lane without having to share it or sneak bites when your kids aren’t looking.”

Let’s try to understand how that mama does it. Go ahead and ask her.

Or as we’re listening, we might feel our shoulders melt a bit because it turns out we’re not so alone in this mommyhood thing after all.

Three Words for You

p.s. Dads, you’re awesome, too. The good news – I’ve never heard one dad say to another dad “I don’t know how you do it.” Let’s keep it that way!

How do you feel when someone says “I don’t know how you do it”? Share your opinion in a comment below.