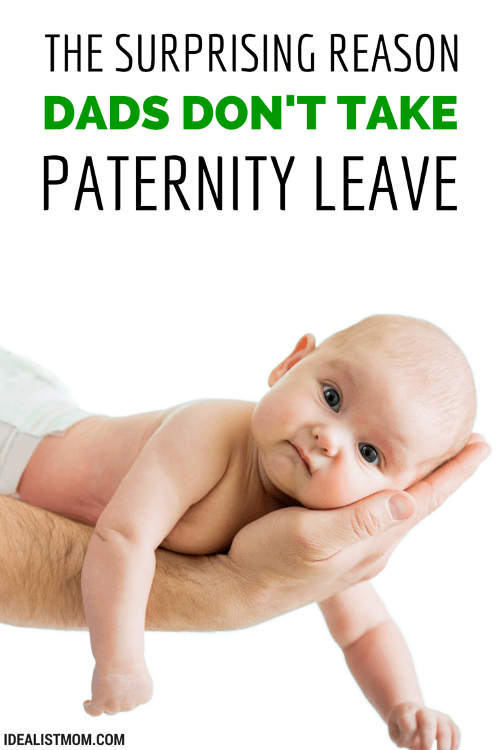 Inside: Research shows paternity leave is good for babies, moms, and dads. But why aren’t new dads taking advantage of the paid parental leave available to them?

The topic of paternity leave has made the news more than usual lately.

In other words, paternity leave is good for kids and good for families, and some companies offer a decent parental leave for dads.

Also, countries like Sweden and Canada are starting to catch on. In the U.S., we now have three states that mandate paid paternity leave: California, New Jersey, and Rhode Island. Three out of 50 is a bit embarrassing, but you have to start somewhere.

Here’s the Moral of That Story

So if you’re lucky enough to have access to paid parental leave as a dad, count your blessings and take the maximum time allowed…right?

As it turns out, that’s not quite how it works in corporate America.

At the billion-dollar company where I worked and where my husband still works, dads were allowed to take up to two weeks sick time as paid paternity leave. Then if they had any vacation hours beyond that (up to two weeks), they could take that, too.

In theory, new dads could take a month paid paternity leave after the birth or adoption of a child.

And Here’s the Reality

I know of only one dad who took the full paternity leave available to him:

The company is in the high-tech space, which means the vast majority of my co-workers were male. I knew a lot of men who became dads in the time I worked with them.

To be fair, I didn’t keep tabs on all my co-workers to find out if they took the maximum paternity leave available to them. I’m sure plenty of dads happily took their leave and didn’t blab about it to the world.

But the dads who did talk to me and other co-workers about their paternity leave?

They bragged about taking as little paternity leave as possible. 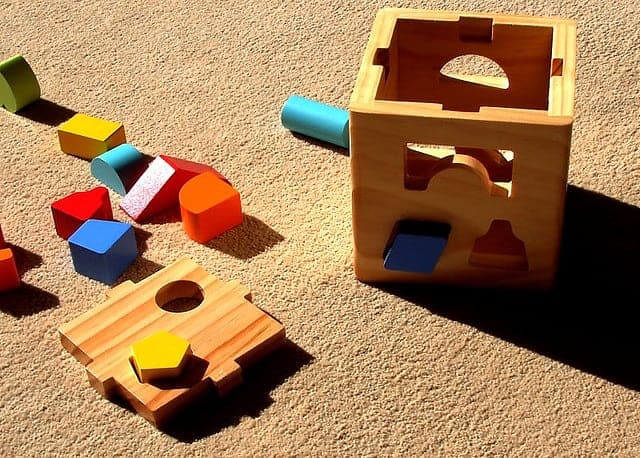 One dad planned to take two weeks off, but he ended up back in the office for half days by the end of the first week and for full days in the second week.

Another new dad said he took two days off and was back at work. Even when he was at home those two days, he was online during and after business hours, catching up on email and other work.

When I was in the middle of conversations like this, it seemed as if these guys felt they had to prove their commitment to the job – to me and everyone else in the conversation.

I bit my tongue.

To be clear: No judgement on new dads from me. I bet you feel like you can’t win, either way you go.

If you take your leave, you’re helping your partner out. You probably didn’t realize the long-term effects I mentioned above, but what new dad wouldn’t want to be there for his partner during a stressful time? Not to mention getting to know the new little person you’ll be living with now.

On the other hand, you might feel like you’re letting your boss and/or your co-workers down. You may even feel like if you disappear for a week or two (or four), they’ll realize they don’t need you as much as they thought they did. And everyone wants to feel like they contribute at work, so I’m sure that’s not a good feeling. (Actually, I know it’s not a good feeling because I felt that way while on maternity leave with my two eldest girls.)

So let’s say you decide not to take any paternity leave. Now you’re letting your partner down.

And that brings me to the most important reason I’m sharing all this with you. 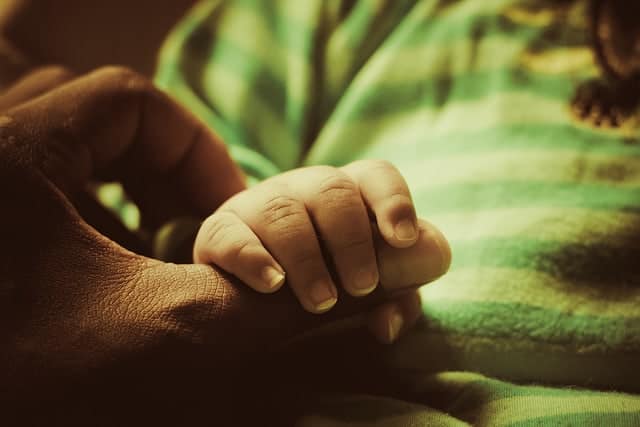 Why did those new dads feel the need to brag about taking as little paternity leave as possible?

Because the social norms of corporate America discourage the idea that a man should take time off to bond with his new child. A baby.

I mean, why do you need two people to take care of a tiny little baby?

Many people still buy into the notion that a man’s career should come first, before his family.

When the boss needs him, he should be available and responsive.

One of my husband’s bosses once called his cell phone just before we sat down to dinner with our family. Ty answered the phone and said, “I’m having dinner with my family. I’ll find you in the morning.”

His boss was taken off guard and fumbled through an apology. Ty’s reply probably surprised him. Because you’re supposed to hop to when the boss calls.

Another of Ty’s bosses would regularly text after hours about non-urgent issues. Ty would always wait to text back until the morning, but others in the group replied to the boss right away.

I’m not saying all this to toot my husband’s horn, though I am a pretty big fan of the guy.

He learned the hard way through his life experiences that family must come first before career. You don’t live to work. You work to live.

But his behavior is not the norm in corporate America. 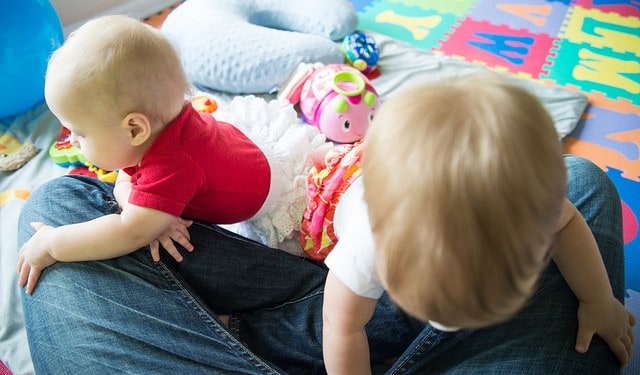 The Icing on the Cake

To be clear, women can be complicit in this “paternity leave is for slackers” mentality, too.

Even when a man has a female boss, she’s not necessarily more understanding.

One dad I know worked in a group with team members in the U.S., Europe, and Asia. The group’s manager – a woman – decided to hold a team-building summit in Europe. Three weeks before the dad’s wife was due to have a baby.

During the planning stages for the summit, it became clear that his boss expected him to attend.

He said no, that’s too close to my wife’s due date. His boss was taken aback.

She asked, “Well, were your other children born early or late?” Implication: If they were late, you should travel.

If a man doesn’t want to travel for business within the reasonable window when his wife might go into labor, that should be the end of the conversation.

I share this story not to pick on this dad’s boss. It’s just one example to show how so many of us play this “career first” game, especially when it comes to fathers wanting to be there for their families.

Men might not be taking their available paid paternity leave for several reasons, which is a topic for another day. And I haven’t even touched on the ridiculousness of how few men have access to paid leave in the first place.

But the most insidious reason is when a man wants to take his allowed leave but feels he can’t because it will damage his reputation at the office.

This cultural norm must change.

If you want to take your full leave, worrying about your image at work should not stop you.

Because one day, that job will be gone. What’s left will be your child, your partner, and you. Your family. 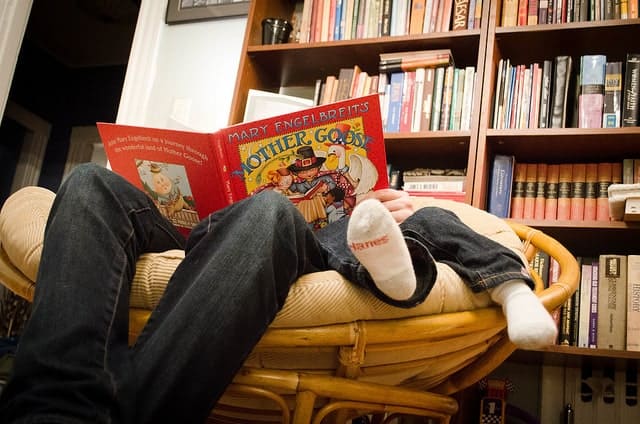 This Is Your Job As a Dad

If you’re one of those dads who quietly took their full paid paternity leave, or close to it? It’s time for you to speak up.

You don’t have to make a big deal about it, but let’s balance out the paternity leave conversation.

Not only will you be helping your own family, but you’ll be paying it forward to other families too:

If you take the paid paternity leave available to you, own it. You’re an awesome dad, and the world should know that.

Explain what happened while you were on paternity leave. The bliss of your baby falling asleep on your chest. The agony of your baby waking up every hour between midnight and 5:00 am and crying inconsolably. How the time flew by. The paradox of wanting more time but also being relieved to be back at work.

Then talk about what happened when you came back from leave. That you got back in your groove. That you weren’t penalized for putting family first.

Show the world that being an awesome dad is nothing to be ashamed of.