Inside: Does the Clean Plate Club work? This is what happens when parents pressure kids to eat more food.

When I was in 2nd grade, my mom and I lived with her parents – my grandparents.

We all sat down to dinner, and I was not impressed. I just stared at that monstrosity of a “pie” on my plate. I could NOT bring myself to eat it.

But in my grandmother’s world, children did not reject what they were given for dinner. They ate it, and they were grateful. Not only were children to eat what was placed in front of them, but children were to finish everything on their plate.

So my grandma made me eat that salmon pie.

I took one bite and gagged.

She said I had to clean my plate. Clean my horribly pink, slimy plate.

I took another bite, and another.

It felt like my throat was slowly closing in on itself.

And then I puked. Pink, slimy…you get the idea.

The thought of that night nearly 30 years ago still causes a physical reaction in me. I start swallowing rapidly, and my throat tightens again. Since then, I’ve never let another piece of salmon cross my lips. 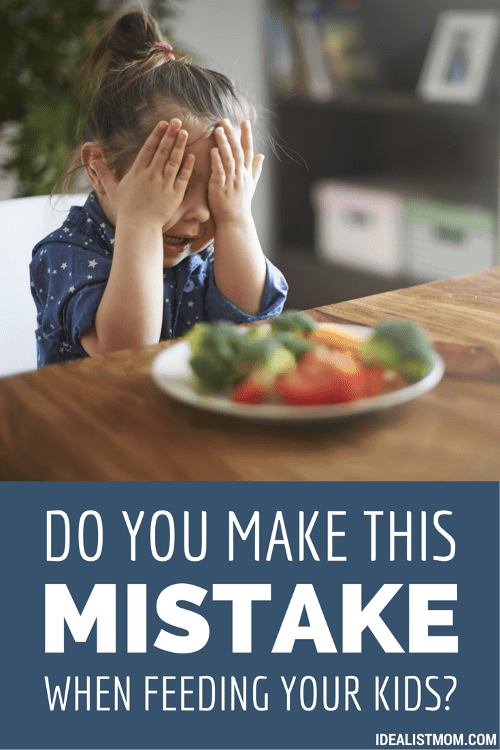 Times have changed. Or so I thought.

So what’s the big deal? Whoop-dee-doo, I developed an aversion to salmon. Not the end of the world. 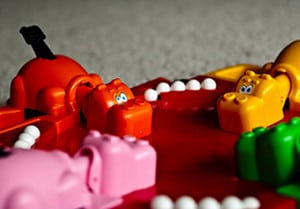 But it turns out that pressuring your kids to eat more doesn’t help them maintain a healthy weight. Why? The habit destroys a kid’s ability to read their body’s own internal hunger cues and to know whether they are hungry or full.

That’s one thing when you’re a kid with a relatively high metabolism, but as you get older and your metabolism slows down, that “clean your plate” mentality can mean an extra 5-10 pounds you can never seem to lose. Or more.

And breaking that mentality as an adult takes hard work.

Surely I Don’t Do That

We don’t talk about the Clean Plate Club in our house. We don’t force Abby to finish everything on her plate at dinner.

But if I’m being honest with myself? We have definitely pressured her to eat more after she says she’s not hungry anymore. And on the occasion when I see that she has in fact, cleaned her plate, I have to admit that I get a feeling of satisfaction – like I’ve done my job as a parent.

After reading about those recent studies, I reflected on why I’ve pressured Abby. What are the situations where I find myself doing that? And should I break the habit?

You can find a TON of information out there about how to raise healthy eaters, so in my research I focused on advice from nutritionists or other experts as well as advice based on research findings – as opposed to what one random parent thinks you should be doing.

Before you move onto the tips below, a caveat: As I did this research, I constantly caught myself thinking “Well, but…” Changing your thoughts and habits when it comes to food is HARD. Those habits have deep, deep roots. But if you want to teach your child to honor her body when it says it’s full, give these tips a try. If you read one and think “Well, but…” just try it for a week. Then come report back how it went for you. I’m battling my own “Well, but…” here, so I would love to hear what works for you!

1. To Get to Dessert

The author of Fearless Feeding explains the problem with this approach: 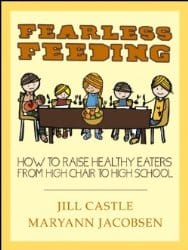 We know from research that using palatable foods as a reward makes them even more appealing to kids. And on the opposite end, using healthy food as punishment, to get the reward, makes kids less interested in the healthy food.

The more frequently parents use food as a reward or punishment, the more likely it is their kids will grow into adults who eat in the absence of hunger.

How to Fix It: Serve dessert with dinner.

Make sure to serve a child-sized portion of dessert, and no seconds on dessert after they finish it.

Uh…that sounds completely CRAZY to me. Dessert with dinner? But the beauty of this approach is that it puts all food on a level playing field. At first, your kids will likely eat the dessert first. Then eventually, they’ll learn to enjoy the whole meal – without asking how many more bites they need to eat before they get dessert.

Here’s what one parent said after she tried this:

“I have noticed that if I go ahead and add a small sweet to their dinner plates, both of my girls will eat a more balanced meal instead of ‘holding out’ for dessert,” says Ramona, a mom of two young girls.

If I’d let her, Abby would eat mac-n-cheese for every meal. Kids’ reluctance to try new foods is called “food neophobia,” and it is actually a biological instinct to keep kids safe. Knowing that, plus the fact that kids may have to taste a new food 15-20 times before they start to like it, what’s a parent to do?

Forcing kids to try a new food doesn’t work. 72% of adults who were forced to eat a food when they were kids said they permanently refused to eat that food for the rest of their lives. (My salmon aversion!)

How to Fix It: Put your kid in charge.

Renowned feeding expert and dietitian Ellyn Satter developed a proven strategy to feeding kids called the “Division of Responsibility.” Here’s what it means: Parents decide the “when,” “what,” and “where” of feeding – and kids decide the “whether” and “how much” of eating:

So let your child know that you are in charge of what is served but that it’s up to them whether or not to eat. This no-pressure atmosphere increases the likelihood that kids will eat a wider variety of foods.

The Division of Responsibility goes against one technique for getting kids to try new foods – the one-bite rule (or the “no thank you bite”). So try the one-bite suggestion instead: When you give your kid a new food, suggest that he try a bite. If he refuses, honor that. But then casually explain that most people don’t like a food the first time they try it. If you keep trying it, it tastes better. (This happens to be how we got Abby to like Indian food.) 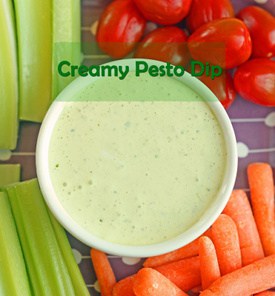 Along with taking the pressure off, try presenting new foods in a fun way:

No one likes to spend the time making a nice dinner, only to scrape half of it off plates and into the trash after dinner. But somehow, it seems just as wasteful to put food into a body that doesn’t need it – the body just converts it to fat that then has to be worked off. 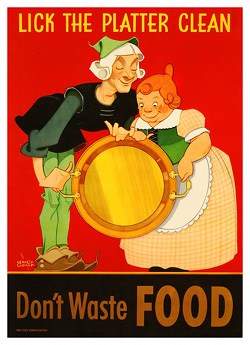 Did your parents ever use this line on you? “Eat up, there are starving children in Ethopia!”

Well, as it turns out, forcing your kid to eat more won’t solve the issue of world hunger.

How to Fix It: Let your kid dish up her own dinner.

Kids shouldn’t be eating the same portion as adults anyway. As long as you’re serving a healthy dinner and your child knows they have to put some of everything on their plate, you have nothing to worry about. (Although if you’re serving dessert with dinner, you may want to dish out the dessert portions yourself – at least at first.)

To help us remember how important small portions are, we got this kid’s plate with four small compartments. (It’s top-rack dishwasher safe and also free of BPA, phthalates, and PVC, which is good because you don’t want any of those nasties touching your kid’s food.)

Here are a few other approaches to avoid wasting food:

4. To Make Sure Your Kid Is Eating Enough

If you’re stressed that your kid isn’t getting enough food, check out this chart of how many calories your kid needs. For example, a moderately active 8-year-old needs only 1,400 to 1,600 calories a day.

How to Fix It: Relax.

Your little one won’t let herself go hungry. If you’re providing healthy food at regular mealtimes and snack times, you’ve done your part as a parent. (See the next tip for more on that.)

5. To Prevent Being Hungry Later

I’m not always great at watching the clock when we get home from school, so I’ve been known to let Abby snack up until 30 minutes before dinner. Then when it comes time to sit down to dinner, she says she’s not hungry. Duh. 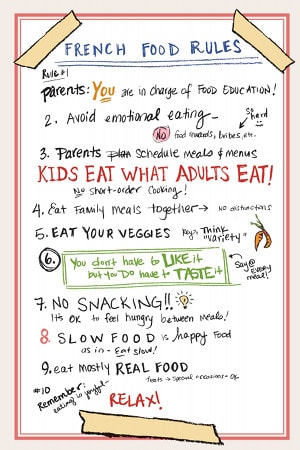 At which point we enter into a power struggle because I know if she doesn’t eat dinner now, she’ll be hungry again before bedtime.

How to Fix It: Come up with a snack and meal schedule. We use this super cute notepad to plan out our meal schedule every week.

Most toddlers and preschoolers need three full meals and two snacks – one in the morning and one in the afternoon. If they’re going through a growth spurt, they may need more. School-aged children can get by with just one snack in the afternoon – provided breakfast and lunch aren’t too far apart.

Pay attention to your child’s appetite and create a schedule that works for her. But remember to be flexible for growth spurts.

Banning snacks worked for this family. While I’m not taking a hard line against all snacking, I am going to stop giving snacks so close to dinnertime.

I also plan to incorporate fruit and veggie trays more often instead of going for the convenience of processed foods for snack times. (And I love the idea of setting out a fruit or veggie tray without saying a word.)

The tip from #3 about saving their dinner plate in the fridge in case they get hungry again could help in this situation too.

In what situations do you find yourself pressuring your kids to eat more? Have you tried to break the habit? Share your experience in a comment below.