Boys And Their Frenemies: What Every Parent Should Know

By Hilary Marchbanks | This content may contain affiliate links.

Inside: Boys have frenemies, too. When you need to know how to stop relational aggression, try these powerful parenting tricks.

Girls and their frenemies. “Mean” girls. Emotional bullying between girls.

More and more people are joining the discussion on the important topic of relational aggression in girls, tackling the issues of exclusion, name-calling, the silent treatment, and more. This is a very good thing.

But what about boys? 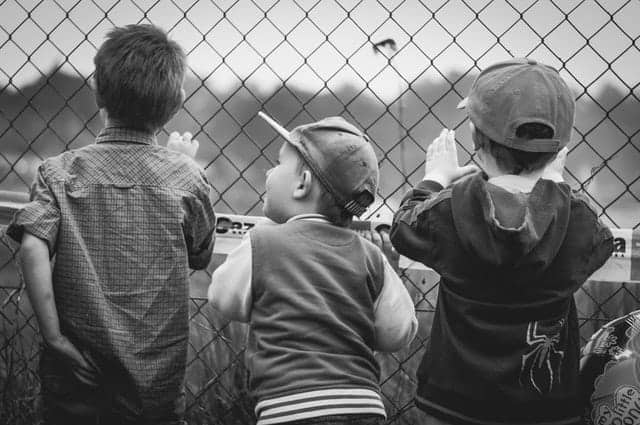 This Is How Boys Deal With Relational Conflict

Have you seen the classic movie The Sandlot? If you haven’t, it’s perfect for your next family movie night. But for now, I’ll give you a quick run-down.

When Scottie Smalls moves to town in The Sandlot, he is the quintessential new kid.

At first, he seems to be an easy target to be picked on, yet he manages to make friends with the neighborhood kids and even approach his biggest fears. Hilarity and bravery ensue. Watching little boys relate to little boys is well documented in this cult classic.

If you’ve watched little boys in real life deal with relational conflict, you’ve probably seen emotions popping right to the surface in the form of punching, kicking, physical competition, and more. Boys are physical! We cannot deny that.

And yet, boys are also marketed to as physical beings. Bro culture shows boys that being both aggressive and exclusive is expected and valued. 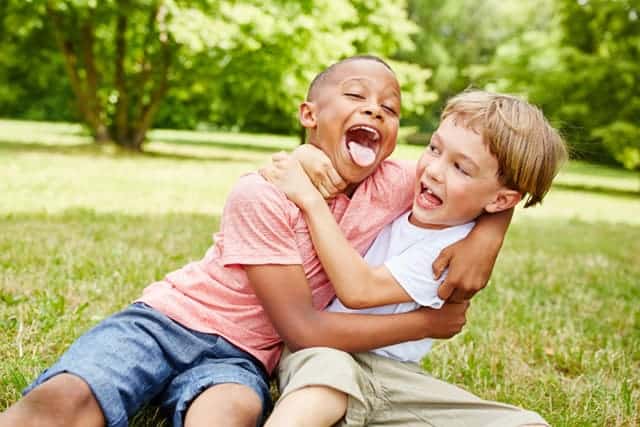 The Surprise With Relational Aggression in Boys

The truth is that relational conflict between boys also includes the type of behaviors we associate with girls: exclusion, name-calling, and spreading rumors. Some research suggests this type of aggression is even more common in boys than girls.

Here are a few examples of what relational aggression looks like in all kids – boys and girls:

For example, “You’re not invited to my birthday party!” is a favorite playground dis that I hear between the boys in my sons’ classes.

Related: The Secret to Raising Your Kids to Be Kind {Printable} 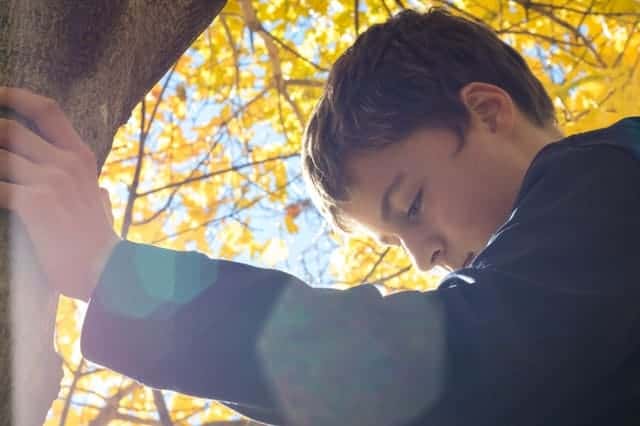 3 Powerful Ways to Deal With Relational Aggression in Boys

People – boys and girls – are tribal. We all want to define ourselves between “them” and “us,” and that includes adults.

Often little boys’ relational squabbles are settled with a race on the monkey bars, but sometimes “us” and “them” manifests itself with social stigma. That’s when our boys need more guidance from us.

Here are three positive steps every parent can take to stop relational aggression in boys.

“Boys will be boys.” I admit I will use this phrase when my children come over to your house and destroy it. I will.

Or when we watch The Sandlot and Smalls’ bravery leaves no stone unturned – I squeal every time, “Don’t go over that fence!”

But when we use “boys will be boys” to explain away bad behavior, in this case exclusive behavior or bullying, this phrase becomes a thorn in the side of boy moms.

Because it takes away any expectation we have of how respectful boys can be. If boys are just going to be a mess, why try? It also doesn’t give the expectation that boys can amount to much. What if “boys will be boys” could mean compassionate, powerful, alert agents for change?

When this phrase is meant to explain away exclusive behavior, it makes bullying explainable. But bullying is best addressed by parents while our children are young.

For some positive stories that will help you tackle this in your home, kids love these picture books:

For older kids, Wonder is a fantastic book. For more ideas, check out this list of anti-bullying books for kids of all ages.

Related: The Ultimate List of the Best Picture Books About Friendship

Boys and girls need opportunities to practice empathy so they can understand relational dynamics and community life. For example, when your son feels left out:

Some of these frenemy behaviors come from maturity. It takes time for kids to be honest and bold about unfair treatment in a group setting. Making this clear in a one-on-one setting when kids are young might just set that brain map toward caring for others. Another way to practice empathy is to use these free printable “What Would You Do?” cards with your kids.

When your son is the one doing the leaving out, spend time with him imagining what it would feel like to have the Velcro shoe on the other foot.

When your son is neither aggressor nor victim, he can be an agent and example for change, or at least a friend to the one who needs it. Encourage him to imagine the feelings of others, even when he’s just an observer of the relational aggression.

Related: 3 Simple Steps for Teaching Empathy in the Most Authentic Way 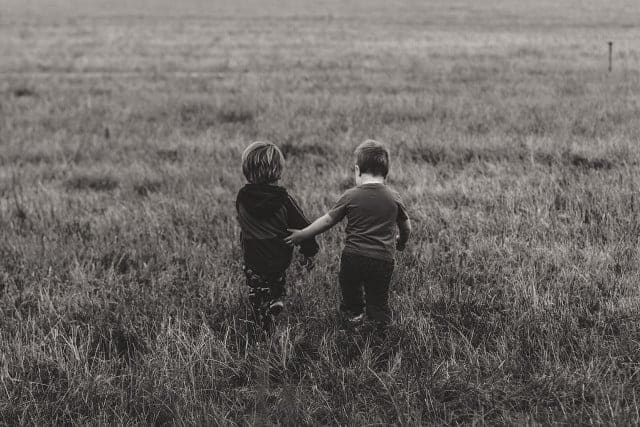 Research suggests that when we can find commonalities with someone else, we’re more likely to be kind and generous to that person.

When your boy is struggling with relational aggression, no matter what side of it he’s on, ask this question to get him thinking:

“What do you have in common?”

When my kids are focused on what’s driving them crazy about each other, I try to steer the conversation to what we can get along about. Where can we agree? How can we play? What are some things we are all good at, or things we all enjoy?

This simple step cultivates respect between kids and helps them see the other side as “us” instead of “them.”

How to Stop Relational Aggression in Boys Once and For All

When Scottie Smalls moves to town in The Sandlot, he’s the new kid. On the outside he’s an easy target for the relational aggression, but he manages to make friends with the neighborhood kids.

Why? Because the leader of the pack makes a decision to include.

Above all, we can stop relational aggression by raising a culture of includers.

We don’t all need to be the same, but we can all show empathy. Let’s make that a valuable trait for little boys.

Because the monkey bars really are more fun when everyone can join in.

Before you go, download my FREE cheat sheet: 75 Positive Phrases Every Child Needs to Hear

Hilary is a pastor in Austin, Texas. She has a husband of 13 years and two sons ages 4 and 6. She enjoys running, cooking, and drinking coffee.

Hi! I'm Kelly. I'm a mom of four, a Certified Parent Educator, and the author of Happy You, Happy Family. I believe if you want a loving parent-child relationship that will last into the teenage years and beyond, the time for nurturing that kind of relationship is now. The good news? All you need is 10 minutes a day. Start here…