I love romantic comedies, and so does my husband. But we won’t watch any modern romantic movies.

We had two criteria for what makes a good modern romantic movie:

The “chick flicks” we found were sweet, funny, AND worthy of a modern woman who can change the oil in her car or carry on a conversation that consists of more than tabloid celebrity gossip.

And the best part of all? Not only are these movies fun to watch, they’re as effective as weekly marriage counseling at sustaining a healthy marriage.

Related: How to Reconnect With Your Spouse Like Magic, According to Science {Printable} 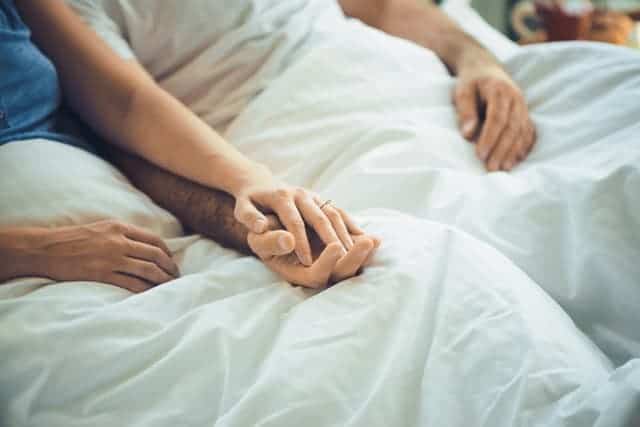 10 Modern Romantic Movies That Will Make You Smile

This year, we watched a ton of (fairly) recent romantic comedies to put together another roundup* of the best modern romantic movies.

Some were horrible, some were just okay, and some were absolute gems.

For the best ever valentine’s gift or anniversary celebration, stay in with your honey and watch one or two of these for a romantic movie night. Or pin this list and use it for impromptu, cheap date nights throughout the year.

Our favorite in this roundup is the last one in the list. If you watch nothing else from this list, please watch that one!

* We focused on hetero rom coms, so although I know there are some sweet, funny LGBT love stories out there, they aren’t in this particular list.

Download my FREE cheat sheet as a bonus for joining my newsletter: 16 Miracle Phrases to Help You Reconnect With Your Child

For more easy ways to keep the romance alive, check out 7 Quick Ways to Connect With Your Partner.

Hi, I'm Kelly. I'm a mom of four, a recovering perfectionist, and the author of Happy You, Happy Family. Parenting is hard enough without all the guilt we heap on top of ourselves. So let's stop trying to be perfect parents and just be real ones. Sound good? Join my mailing list and as a bonus, you'll get 25+ incredibly helpful cheat sheets that will ease your parenting struggles.
Previous Post: «

One Simple Tip to Handle Whining Kids (Your Kids Will Love It!)
Next Post: How to Turn a Temper Tantrum Into a Teachable Moment

Cool! I have only seen a few of those. I love Rom-Coms and now I have a few to add to my watch list!
:-)
Traci

Whoa! I have watched all but one of these! #notashamed

Hi! I'm Kelly. I'm a mom of four, a recovering perfectionist, and author. I believe you can find happiness in the chaos of parenting life. Start here…